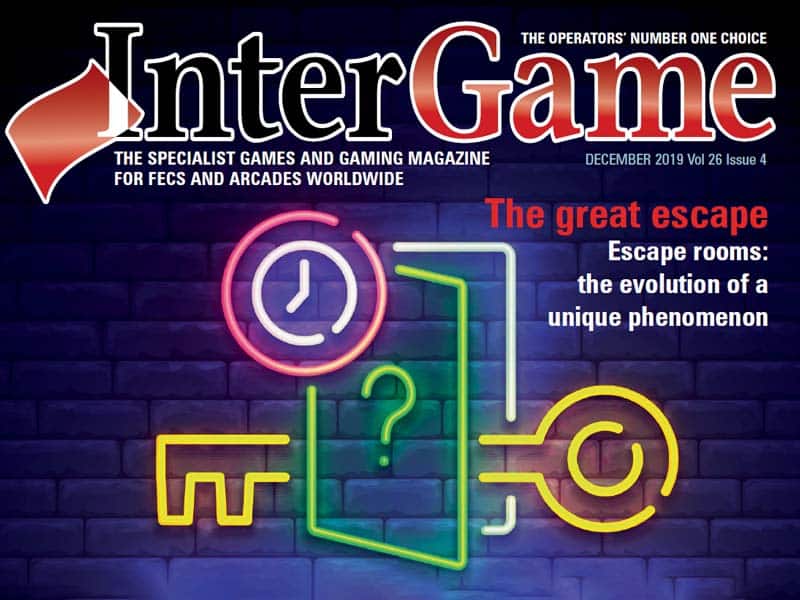 Below is an excerpt from the issue.

...Another advocate of changeable media in escape rooms is Christal Ho, founder of Entermission. The Sydney, Australia-based company focuses on the development of virtual reality escape rooms, as well as physical ones.

“Changeable media would get customers back in the door playing in the same room but with different puzzles.This would also mean greatly reducing the cost, time and headaches of having to constantly replace rooms.However, applying changeable media to a physical escape room is diffcult. This concept could, however, be applied to VR escape rooms. At Entermission, we can play multiple VR escape games in the one room with the click of a button and we are already maximising throughput from a space efficiency perspective. In our future games, we’re exploring
ways to have multiple puzzles and paths in the VR escape game so customers will want to come back and play the same game,” she said....